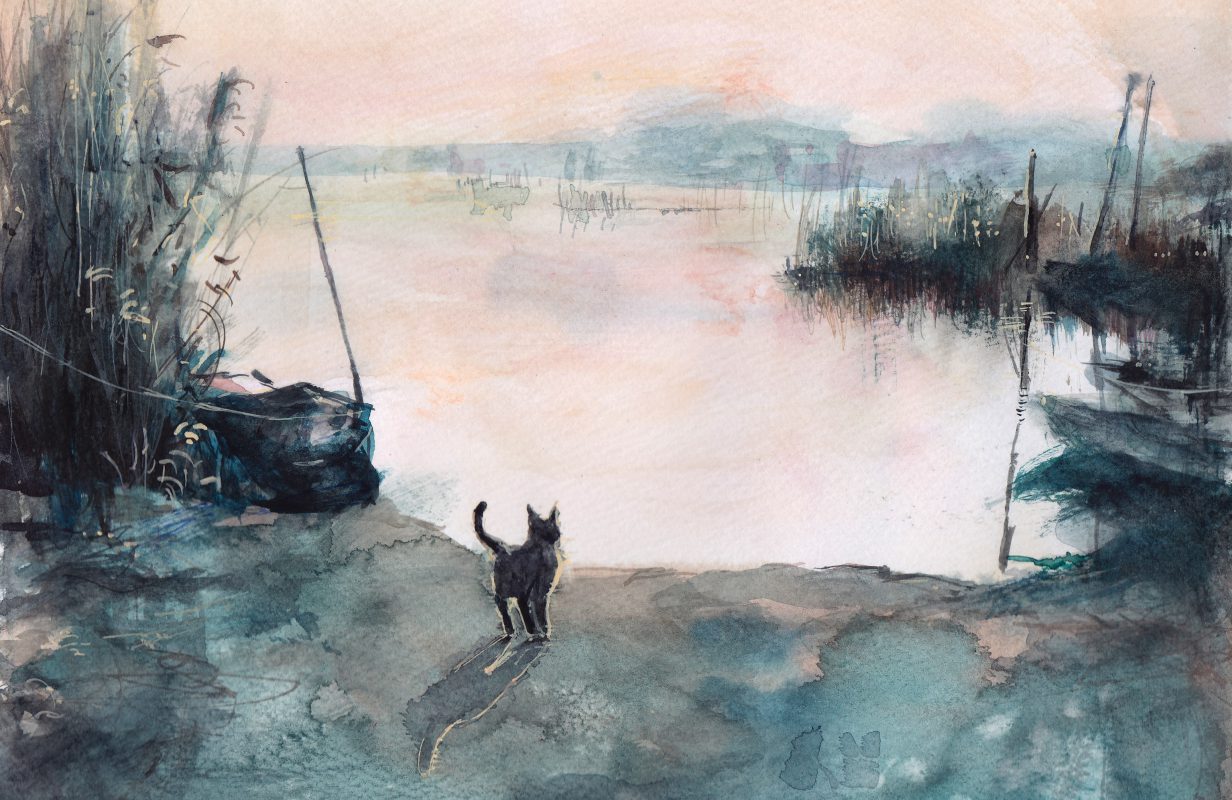 Almost two years after my first album release on the Sargasso label ‘Clouds That I Like’ , the new album ‘Stray Cat’s Dream’ continues the exploration of the Japanese aesthetic concept of wabi-sabi, which has also been the main subject of my doctoral and postdoctoral research since 2004. This concept, although impossible to accurately translate due to the huge amount of aesthetic connotations that have accumulated over the years, relates to terms such as simplicity, irregularity, emptiness, humility, primitiveness, impermanence and unpretentiousness.

Having spent several years, studying, analysing complex contemporary works and trained to compose in this idiom, but also being at the same time a lover of musical simplicity that can function both in the foreground and background, I became naturally attracted to the idea of wabi-sabi. In it I saw the potential for creating works that can be appreciated on a variety of occasions (i.e. reading, walking, working, driving, resting) without sacrificing the elements of depth and sophistication.

As simple as it sounds, applying the basic principles of wabi-sabi in music is not that simple. There are two reasons for this. The first, lies in the absolute lack of any theoretical writings. That is to say there is no bibliography on the connection between wabi-sabi and music in general, let alone contemporary music. The second is of a subjective nature and relates to the composer’s/interpreter’s ego. Going back to my piano study days, I remember, I would almost entirely dismiss extensive slow pieces or movements. Instead I would choose technically challenging works as I found them exiting. In a way, it is only natural for a performer or composer to aspire towards works that explore the medium’s capabilities to the maximum. If one adds to these the consensus that associates complexity with intellectualism, the music of wabi-sabi can become an easily overlooked and underestimated concept.

Wabi-sabi, advocates a humble creative approach focusing on the detail. The creator/interpreter has to push their ego aside for the sake of an unpretentious form of expression. Therefore the understanding and employment of wabi-sabi’s primary aesthetic tenets is not something that can be easily achieved the main obstacle being the artist’s own self. Intangible by nature, is not subject of a concrete analytical research. Because of this vagueness, there are no hard and fixed rules associated with its application in contemporary music.