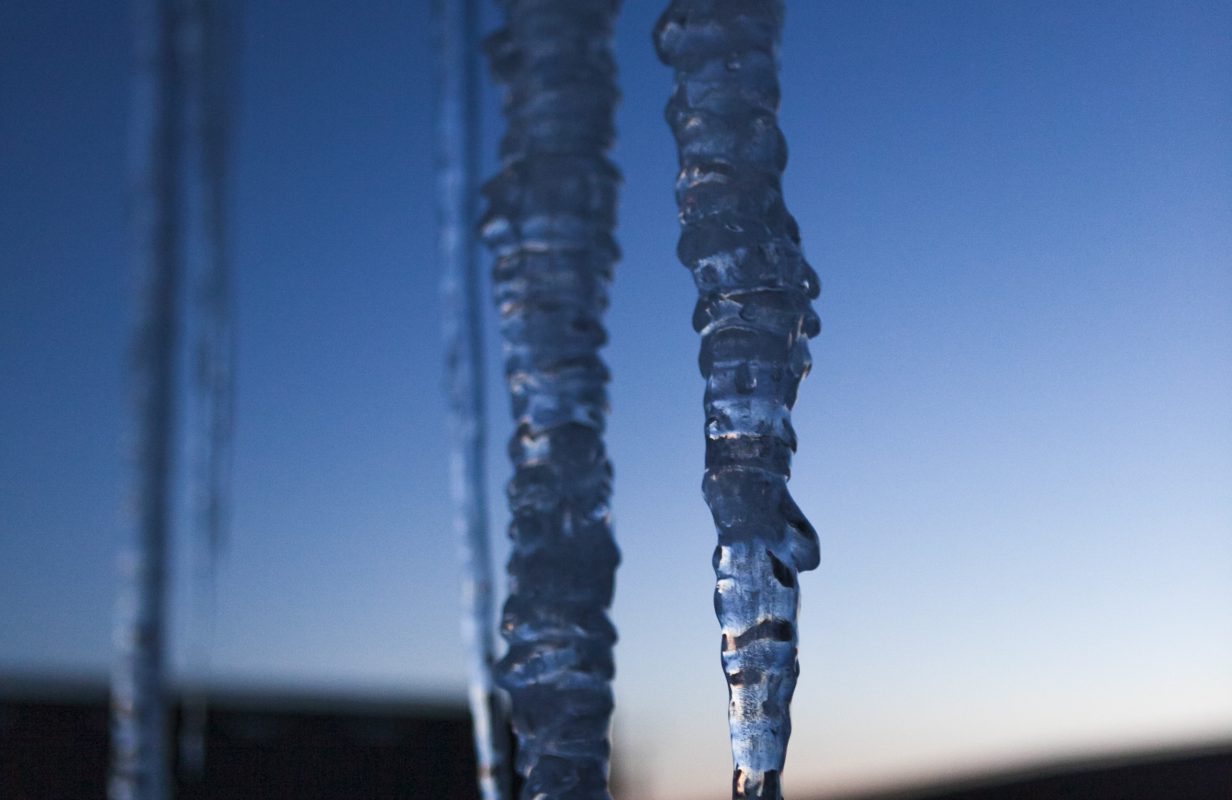 Days and weeks passed without surprises like the weather that followed pretty much the same pattern; cloudy with snow–sunny but icy cold. My progress in Japanese was slow but steady and when I felt like it I would compose. Despite the fact I was literally surrounded by snow and ice (in the mornings the temperature in my room would drop to around 1C and the windows were covered with icicles) I would feel more inspired by imagery associating with warmth rather than my surrounding images. That came as a surprise to me as I recalled the winter I spend in Canterbury in 2005. Despite the hail, heavy snow and icy conditions that particular year, I composed a piece for violin and piano inspired by four different manifestations of coldness (ice, frost, hail and snow). Perhaps my room in Canterbury was warmer than that in Hokkaido or perhaps its view, facing at the Canterbury Cathedral, illuminated during the evenings with warm hues of red and orange, softened the mental experience of chillness by counterbalancing it with its warm presence. Nevertheless, in Kushiro, the strong every day sensation of coldness, seemed to be the very reason of deterrence from composing music inspired by it. Initially, I attributed this phenomenon to the composer’s instinct but later I came to understand that it was rather purely due to the survival instinct!

February 2012 was almost over however the ice and cold in Kushiro didn’t seem to recede. At the rare occasions I went for a walk, I would hardly see any pedestrian and bicycles were nowhere to be seen as, as their use is not allowed during the winter season. Just very few times, I took the risk taking my camera despite the slippery, cold and windy conditions. This month, every year there is the Kushiro Winter Festival during which one can see various ice and snow sculptures and slides made from ice. A giant ice maze illuminated during the evening hours is constructed beside Kushiro Fisherman’s Warf MOO. I was curious to see it with my own eyes, so one evening I drove there and I managed to take a few shots. I was only 15 minutes after I started losing the sensation on my fingers because of the bitter cold and it became physically impossible to take any more pictures so I decided to call it a night.

Two years passed since then. Just a few days ago I went through the footage I took during that winter and I came up with the idea making a short music video using as a soundtrack one of the movements of my piece for violin and piano ‘For the Ice’ I composed in Canterbury in winter 2005. All the footage featured was taken handheld and at times because of the strong winds I found myself having difficulty balancing my body let alone stabilise the camera. For that reason the image has more the quality of a casual visual diary rather than that of a polished documentary.