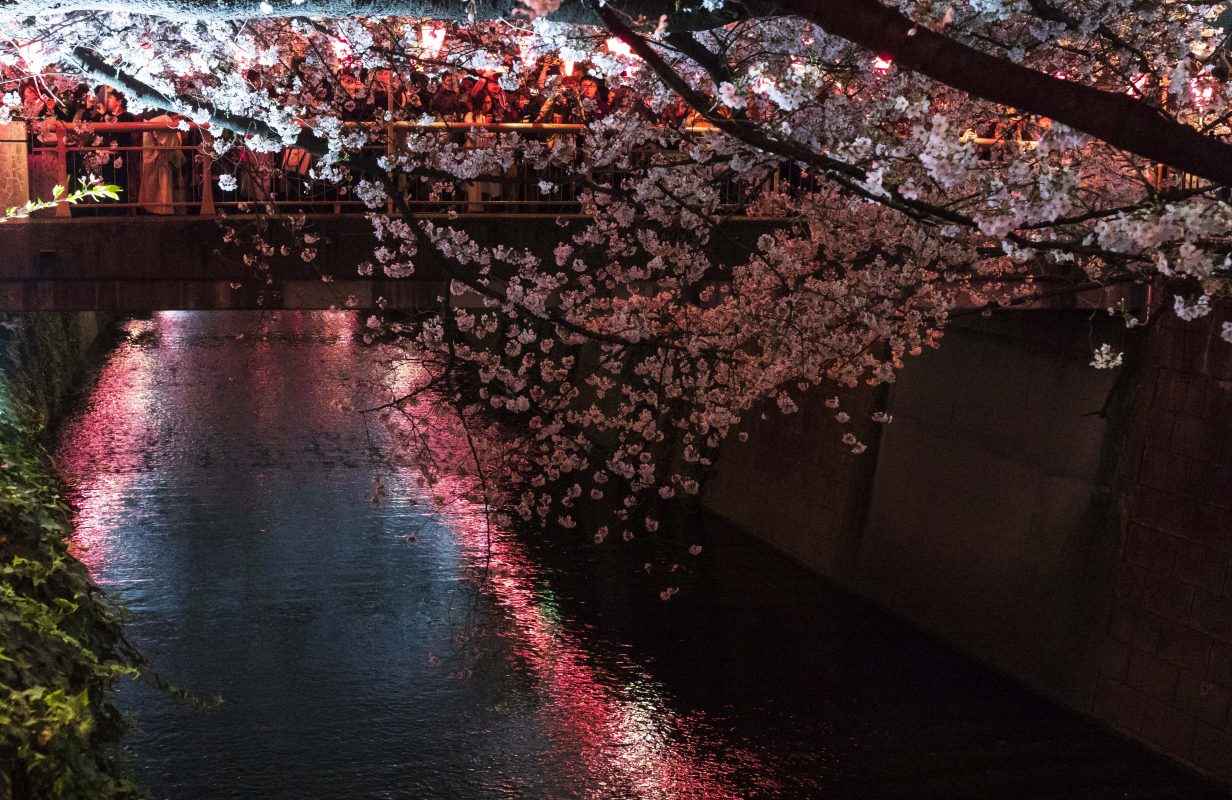 In spring 2019, I had the chance to experience the Japanese cherry blossoms for the four time, something that I was really looking forward to as it is one of my favourite seasons in Japan. The previous three times date way back in the period between 2010-2013 when I was living in Japan. However this time, I spent only two months in Tokyo, luckily just about making it for the full bloom which was forecast to take place just 3 days before my schedule return to the UK.

Despite the fairly cold and almost constantly overcast weather, the blossoms kept growing slowly but steadily, a certain sign of the inevitability of nature. After a painfully long anticipation, at last, I could start seeing cherries pregnant with light coloured flowers. Different cherry varieties reached full bloom at different times, offering a short extension to the short-lived flower spectacle. From that moment, I would always carry a camera with me and on my way to the university and back home, I would would always try and take some photos.

And then the long-anticipated weekend arrived at last. In the evening I rode my bicycle and headed to Ueno park (a good 25-minute ride from the Kita Senju Campus). When I arrived at the park entrance, I was almost left breathless not just from long bicycle ride, but the huge amount of people gathered under the illuminated cherries to celebrate that coming of spring. I walked past men and women of several nationalities, students, salary men, young and old, some walking, some standing and other sitting on large blue sheets laid directly on the ground or, others more organised sitting on chairs and tables eating and drinking under the cherry trees. To my great surprise, I never noticed arguments or shouting or any violent behaviour despite the unbelievable amount of sake, sochu, wine and other alcohol consumed during the celebration, something that could be a common occurrence in European countries. That made me feel relaxed and I could focus more in admiring the illuminated cherries.

The second day, I got on the train and after a good 40-minute ride, I arrived at Naka-meguro, a suburb famous for its long stretch (several miles long) of cherries lined up on either side of the river. I was mesmerised by the view of the light pink flowers illuminated by lanterns and the relaxed and joyful atmosphere. People drinking and eating, alone, in pairs or groups who keep walking on either direction, aimlessly just to savour the moment, something that have been looking forward and not looking forward at the same time. The cherry blossom, a sign of the strong will of nature. With its recurrence, it makes people feel safe but at the same time makes them aware about the inevitable passage of time.